Get your CD of Doris Brendel’s latest album ‘ECLECTICA’ for just £9.99

Order ‘Eclectica’ now because it’ll give you drawers full of satisfaction, and, in the words of a reviewer, ‘’ It’s brilliant. One of those albums that contains track after track of quality music.’’ 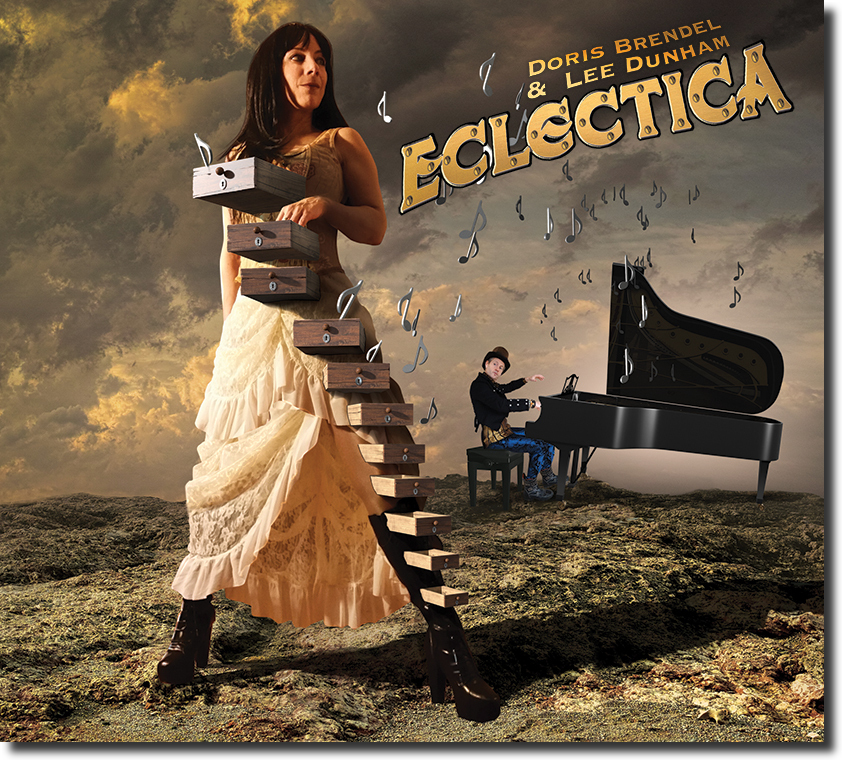 The production on ‘Eclectica’ is exceptional and features an array of musicians and instruments, including a solo by Wishbone Ash’s Andy Powell. The CD contains additional link tracks not available on the download version. A hand-made limited edition Presentation Box is also available.

In the words of Rock n Roll Report: ”Eclectica is a truly exceptional diversity of first class, top drawer tracks which will animate your emotions while exciting your senses.”. 10/10 ”

So click the order button below and order your copy of ‘Eclectica’ and find out what the reviewers are shouting about!

‘The songs are beautifully written with a balanced style, while the performances are inspired.’ PROG MAGAZINE

‘It’s a celebration of life in both black-and-white and glorious technicolor.’ 5/5 DMME

”..the Brendel-Dunham musical symbiosis has now been perfected and the fusion of their combined aesthetic intent has reached a new level.” 10/10 METAL DISCOVERY

‘This ten track album is her latest recording which in turn, confirms what an exceptional talent this girl is, and as a consequence is one of the best on the scene at the moment.’ RAVENHEART MAGAZINE

‘’I am almost rendered speechless every time that I am privileged to hearing new work from Doris. ‘’I am completely besotted by this new milestone album.’’ 10/10 THE ROCK AND ROLL REPORT

‘’ It’s brilliant. One of those albums that contains track after track of quality music.’’ REAL ROCK AND ROLL

‘’Eclectica is an accomplished album and one of the best new albums I’ve heard for a while.’’ SOUNDWAVES REVIEW