Get your CD of Doris Brendel’s latest album ‘UPSIDE DOWN WORLD’ for just £9.99

Order ‘Upside Down World’ now because it’s like diving into an assorted box of chocolates and, in the words of a reviewer, ‘The album says quality from the moment you first look at the artwork.’ 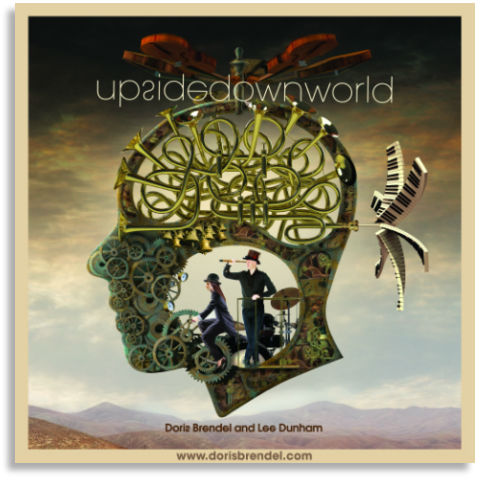 Click here for the CD of ‘Upside Down World’ now!

The production on ‘Upside Down World’ is exceptional and features an array of musicians and instruments. For the first time a limited edition vinyl is available – this and the CD feature additional link tracks not available on the download version. The vinyl is worth getting for the artwork alone!

In the words of Firebrand Magazine: ” If I had to sum up Upside Down World in on word I would use phenomenal. I have just placed it on top of the list for ‘album of the decade’. Need I say more, Upside Down World creates a new benchmark in modern rock. 10/10 ”

So click the order button below and order your copy of ‘Upside Down World’ and find out what the reviewers are shouting about!

THIS ALBUM IS AVAILABLE NOW!

‘Upside Down World is a modern White Album.’ ‘The artistic performance is breath taking and the songs are varied and great’ ART ROCK

‘A Little Act of Defiance’ is as good a song as has ever been written, ever.’ ‘…and it (the album) seems to keep getting better and better with each listen ‘ METAL DISCOVERY