There are only 200 of these hand-made presentation boxes – so don’t delay! They sell out quickly. 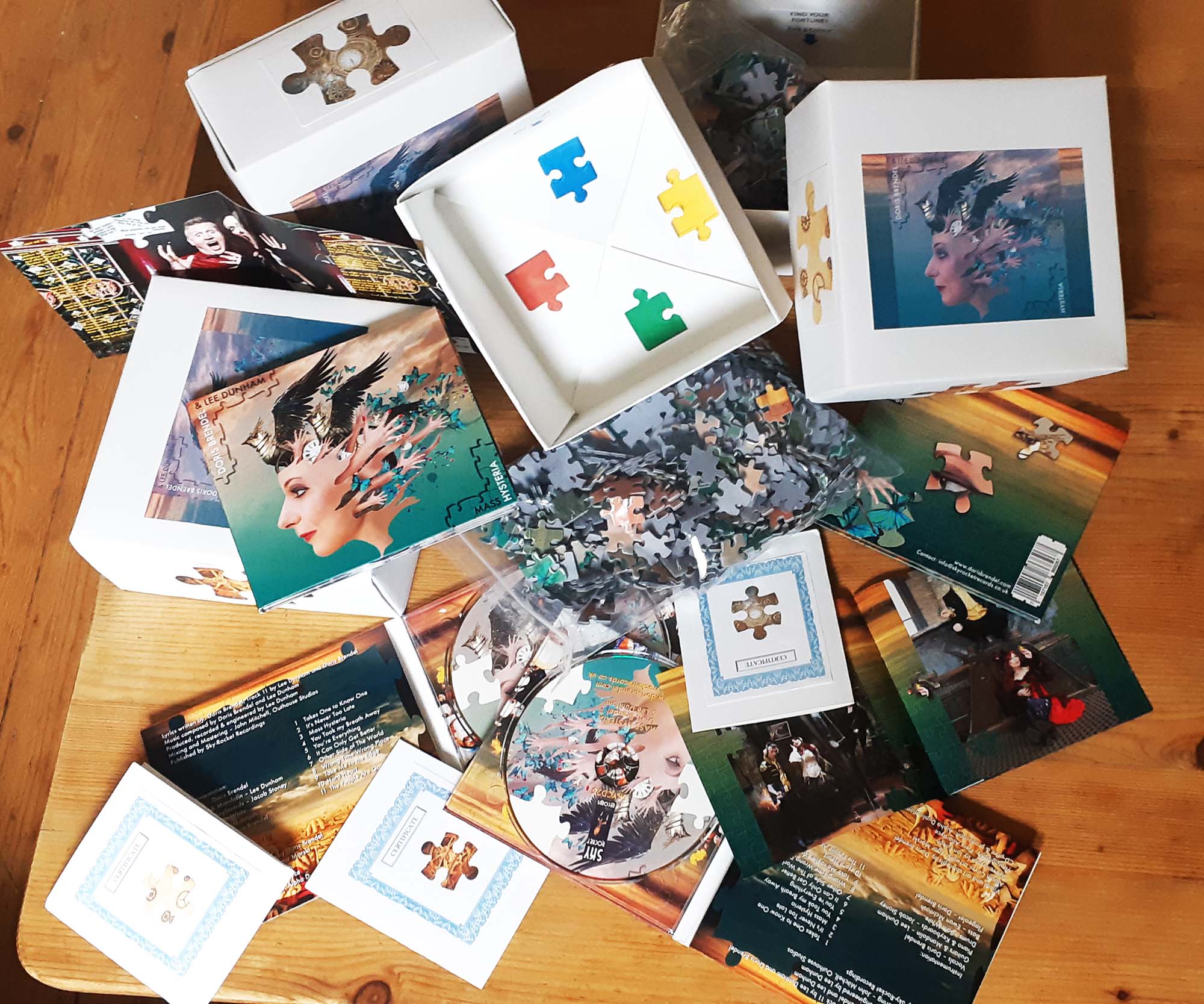 Click here for the Presentation Box of ‘Mass Hysteria‘ now!

I rather have just the CD!

Each origami Presentation box has been hand-crafted by Doris herself and contains 1 CD album signed by both Brendel and Dunham and one 350 piece jigsaw puzzle of the cover artwork by Igor Morski. Each box has unique features and includes a fun ‘fortunes’ section, as well as a numbered certificate. Certificates are numbered to reflect when orders come in! So the very first order will get the #1 box.

”Putting this thing together during a lockdown has been something of a feat!’, says Doris. ‘All of the factories which had quoted on the puzzles shut down, and it took some serious searching to find someone who could fulfil the order. Alas this also meant the costs went up far more than anticipated. I hope our listeners will forgive us for having to add a couple of pounds to the price..’

The production for ‘Mass Hysteria’ has stepped up once again, and has been mixed and mastered by John Mitchell (Lonely Robot/ It Bites). The CD contains 3 bonus tracks not available on the vinyl.

Orders will be sent out within 48 working hours. Postal charges vary depending on the country ordered from.