WILL THE MUSIC INDUSTRY SURVIVE COVID? 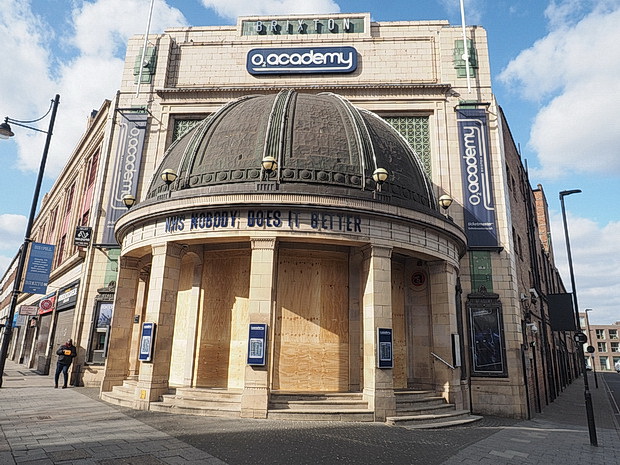 Will the music industry survive the Coronavirus pandemic? This is a topic of much ongoing discussion, and since my last article on this subject, a mere 3 months ago, the answer is more nebulous than ever.

Personally, I believe it will, though not without heavy casualties. Some of my musician friends disagree with me on this, so perhaps I am being overly optimistic. Only time will tell.

In for the long haul

My last article outlined some of the insurmountable problems of touring without either a vaccine or a reliable treatment for Covid. After all mass gatherings are the optimal breeding ground for any virus and will be the last thing to be reinstated in our attempts to regain a ‘normal’ life. In July there was still a hope that the worst was behind us. Now, however, it’s quite evident that we’re in for the long haul.

No end date in sight

Many discussions have centred around the opinion that the state should do more to support musicians and venues. To give the industry a chance of survival. This would be possible if we had the vaguest idea of how long this would take. Bands and venues alike could plan fundraisers and dip into savings accounts, where they still exist, to survive X number of months. We could start planning and booking tours and shows and staff to resume business from this mythical ‘safe’ month.

But without an end date in sight this is simply not possible. The tax payer simply cannot afford to subsidise all of the people involved in the music industry for an indefinite period of time. Especially when so many other sectors are shedding jobs, resulting in lower tax takes, not to mention budgeting for the huge costs already incurred. I say this with a heavy heart as most of my friends are in the business.

At least 1 year of lost work

When this first happened in March and our tour was cancelled, I did a fundraiser for my band members who had all lost their month’s wages. You were incredibly generous and I cannot thank you enough. But since then a further 2 tours have been cancelled, and we don’t even know if the rescheduled European tour next Autumn will be able to go ahead. That’s over a year’s worth of lost work! That is not something that can be sustained by your generosity alone.

Personally, I’m very lucky. I have other business interests, and even though some of these have also been impacted, I should be able to weather the situation for some time to come. Some of my musician friends have set up zoom music lessons and have managed to build up a healthy teaching schedule. But not everyone can do this. Most of them are getting bits and bobs of work – the odd production job. The odd bit of sound engineering for specialised events and fund raisers. But it’s not enough to support their families.

Something has to change

After a lifetime of practicing instruments, of building up our respective musical profiles, it’s almost unimaginable to have to ‘re-train’ to do something completely different. But this is a sad reality and something many musicians will have to accept. If not enough money is coming in, something has to change.

And essentially it was ever thus. Unless you’re at the top of your game, being a musician has never been a reliable income source. The same is true for the whole of the Arts sector. I’ve met several actors who have had amazing years, where they got to host TV shows etc, followed by a year of going to auditions and working in Karaoke bars to pay the rent, before landing the next job. This is our year of the ‘Karaoke Bar’. Though of course that particular avenue is no longer viable either. But it’s up to us to find a way.

In the short to medium term, it looks very bleak. But I do believe that, when we can safely gather again, however this is achieved, the music industry will bounce back. Yes – it will take a while. But some venues will survive and others will spring up. A shelf-stacking musician is still a musician and can resume their life at that point.

If anything, the first year of a recovery is likely to be over-saturated with events. All of the biggest artists will be touring and will crowd out lesser artists until some equilibrium is re-established. If you like going to concerts start saving up now. You will be spoilt for choice.

In the meantime you can support your favourite bands by buying their albums and merchandise. Every new album costs a great deal of time and passion, but also money, so your contributions are an investment in music which will hopefully give you something in return. In our increasingly isolated existences, music is more important than ever.