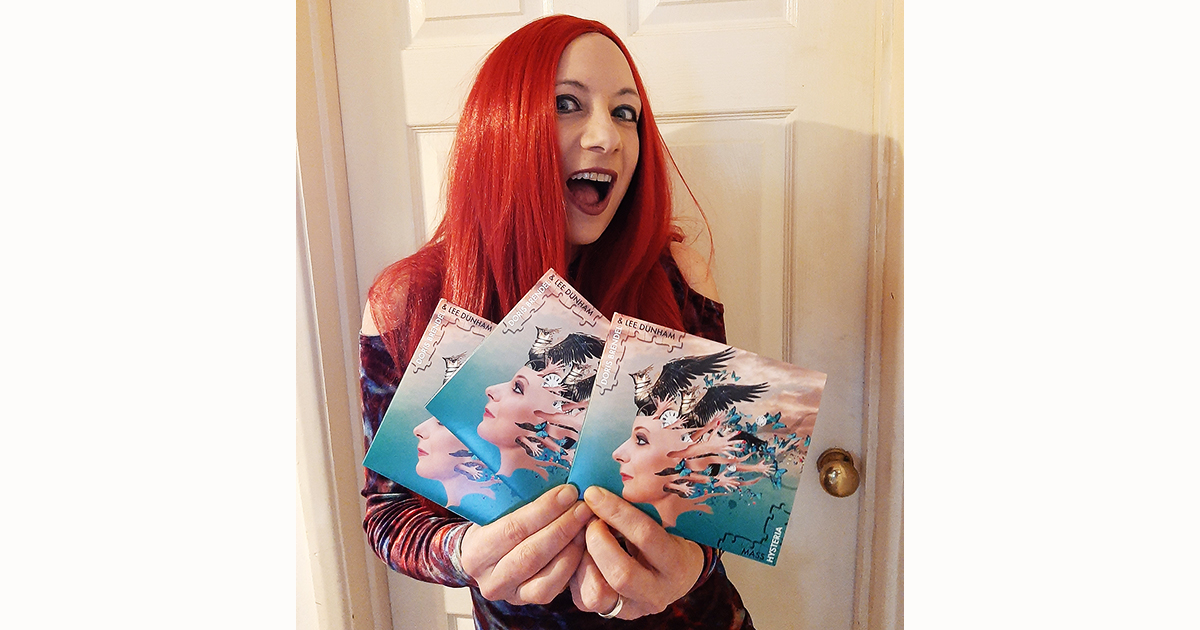 To me, life is like a giant jigsaw puzzle. Individually the pieces are all different. Different colours, different shapes, and even though some look almost identical, they never truly are. But however disparate the pieces, assembled they make a beautiful whole.

The clock has started ticking towards the release of ‘Mass Hysteria’ and though the title denotes potential relevance to the current turbulent and hysterical political landscape, neither Lee nor I are especially driven by current events when it comes to writing music. It’s all about emotions and moods for us. For the most part anyway.

As connoisseurs of our previous recordings already know, our albums always centre around a balance of emotions and styles. And each time we have had a theme to illustrate the opposing influences – light versus dark, new versus old, and how it can all work in harmony. We had the ‘box of chocolates’ motif for Upside Down World. Lots of different flavours in one box, each one representing a song. And for Eclectica we had the chest of drawers, each drawer filled with different things.

Keeping to the theme, ‘Mass Hysteria’ is a jigsaw of varying atmospheres and themes, each piece depicting different aspects of emotion.

Jigsaws hold a special relevance for me. Apart from being a whizz at putting them together, the idea that much of life is a giant tapestry of sorts has always appealed to me. Even my social circles have reflected this pattern.

From having led a solitary life in Vienna, I had a baptism of fire when it came to socialisation, by having been put into a boarding school in England when I was 12. I had no idea how to deal with so many people that I couldn’t get away from, and I made some interesting discoveries. Schools always have distinct groups – nerds, cool kids, rich kids, poor kids, etc – who generally hang out with each other. My school was pretty inclusive and the groups intermingled over all. But even then, I was a floater (no rude comments please) and flitted in and out of various groups whilst ultimately doing my own thing.

My friends in London were all a few years older than me, so, during term time and later at Uni, I ventured into the local town to increase my social circles. I found these groups to be very distinct, totally separated and each had an associated musical genre, beyond which they weren’t willing to venture. And I hung out with them all.

I went to the chopper club dos and hung out with bikers who mostly listened to metal (I remember Judas Priest being especially popular at that time). I smoked spliffs with the black guys and was invited to house parties with thumping Reggae. Down the local pub it was cheesy pop music with ladies dancing around their handbags. There were the punks and the Mods; Irish nights and Folkies.

And each group had their own fashion sense, from leather, studs and denim, parkas, safety pins and mohicans, to caps and sports gear (even then). My friends in London mostly listened to dub Music and were a hippy punk hybrid.  (I did manage to avoid the born again Christians and the Socialist Workers – there are limits..)

And calamity if people from one group ventured into the wrong pub!  There was a good chance you’d get ejected with menaces or even beaten up. Some pubs were even avoided by the police as they would be taking their lives into their hands. It was a time of musical tribes, the likes we may never see again.

To me, each tribe can be likened to a different puzzle piece. Each different and unique, but all a part of the complete picture of my musical and social make-up. And once again this is reflected in ‘Mass Hysteria’, which aims to be a tapestry of the human psyche. The complete picture is, as ever, only a part of an even bigger one.

And for those of you who have got to know me a little over the last few years will know, I’m a very positive person. This is reflected in the inclusion of ‘It Can Only Get Better.’ There are more major chords and the hints of humour are always in the background. Life may be serious, but it’s not THAT serious. For Lee and I there is a definite air of simplicity about this record. After 3 albums of blind corners and clashing styles, ‘Mass Hysteria’ feels more coherent and completes a full picture. The puzzle assembled.

We hope you will join us in seeing the big picture, one piece at a time.

With love, thanks and gratitude.