DORIS MARPLE AND THE CASE OF THE MISSING BANANA

A reviewer suggesting that my name would fit nicely as Miss Marple’s sidekick, prompted the following little tale…

DORIS MARPLE AND THE CASE OF THE MISSING BANANA 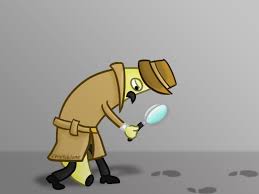 Miss Doris Marple (of indeterminate age) arrived at the Square Manor in Harlow (seat of the greater Harlow of the greatest Harlows) having been kindly invited to an afternoon of video shoot. Having been informed that tea and crumpets would not be supplied during this visit, she duly packed a banana within her box of props and costumes, should she be in need of sustenance.

Having set down her belongings in the great hall, she discarded her zimmerframe and, as a master of disguise, immediately began her transformation to rock star with the aid of the beautiful Fran who had been hired to supply hair and make-up for the cast.

Meanwhile cast and crew were setting up their equipment in the hall. Simon (who was actually called Sam – but no-one seemed to remember that) was fiddling with knobs in the lighting booth, trying to arrange them to the satisfaction of the Director Algie (Sir Algie of the Upper Algies of Essex), whilst Sara (that’s LADY Sara to you), his assistant and Producer, was running from one end of the hall to the other, helped by Lord Dean James who was helping out for the day (and lending us all his clothes).

First to set up on stage was St.Eve Clark in full kilt and his very large drum kit. Lee Dunham (Esquire) was in charge of a wall of amplifiers. Meanwhile Sir Huggy Harewood and Lincoln Spalding, the latter on a diplomatic visit from Australia with his brother Gerard (don’t even have to make that sound posh), were trying on wigs and bandanas.

Finally Senor Oscar arrived, who had been invited to play the suave Devil. By the time the lovely Fran had fixed the horns on his head they were ready to shoot.

After several hundred takes of miming to the same bit of song from different angles, Doris Marple decided a little snack was in order. Only to discover, to her utter horror and dismay, that the banana was missing! She almost swooned with the shock, but Miss Marple was made of sterner stuff than that! She decided to investigate…

A few days later, Doris Marple had solved the case, and gathered all the suspects in the living room of her house. The delicious Fran was squashed in the middle of the sofa between Lord Dean and St.Eve, with Dunham Esquire and Lincoln on the outside (there had been a tussle). Simon AKA Sam had been discounted as he never left the lighting booth (a strong bladder that man). Senor Oscar sans horns was lounging in an armchair, whilst Sir Algie was looking outraged at the summons and Lady Sara was nervously perched on the arm of his chair. Sir Huggy was late as usual and missed the whole thing.

Doris Marple set aside her knitting to survey the room. ‘I have gathered you here to unmask the foul villain who stole my banana as such a heinous deed should not go unpunished.’ Lee Esquire rose to speak but Ms Marple shot him a look and bid him to wait his turn.

‘All of you in this room had the motive and opportunity to steal my banana, but only one of you committed this crime. Let us start with Sir Algie. As Director you had plenty of opportunity to take the banana as a prop to beat people around the head with and point at people when they didn’t follow your instructions.’
‘This is preposterous’, shouted Sir Algie. ‘I bought my own lunch to beat people around the head with!’
‘Indeed you did. Which shows that you are not the banana thief. Please calm yourself.’

‘Can I just say…’, piped up Dunham Esquire. ‘Please wait your turn!’, retorted Miss Marple. ‘Next we have Lady Sara. You were running around so much throughout the day you would have needed extra energy, and the banana must have been a great temptation.’ ‘But I’m allergic to bananas!’, quivered Lady Sara. ‘I can only eat German rye bread and sushi.’ ‘Indeed you are. It’s in your medical records. So Lady Sara is innocent.’

‘That brings us to Lincoln and his brother Gerard, our visiting dignitaries! Lincoln, you were observed having a banana and wooden spoon sword fight with your brother. What do you say to that?!’ ‘Strewth!’, replied Linclon, ‘I did. But I put it back afterwards.’ ‘Indeed you did. You were observed replacing the banana by none other than Lady Sara.’

Doris Marple then turned to St.Eve who was primly sitting in the sofa. ‘YOU were observed hiding the banana under your kilt to impress the gorgeous Fran!’ Fran tittered. ‘It’s true. It fell out. I put it back in the box myself.’

‘Lord Dean James! You were spotted balancing a banana on your face as a false mustache! Do you deny this?’ ‘No’, replied Lord James. ‘But it kept falling off. Also it didn’t match my hair. So it went back in the box.’

‘Please! I need to say…’, bellowed Dunham Esquire desperately. ‘I’ve told you SIR to please sit down and wait your turn!’, replied Doris Marple frustratedly. ‘I am now moving on to Fran and Senor Oscar. Though both of you looked decidedly hungry, neither of you had the time to eat the banana unobserved. Fran spent the entire afternoon regluing the horns on Oscars head which kept slipping off, thus giving each other an alibi.’

‘Which leaves only one person! Lee Dunham – you are the culprit!’. ‘I know,’ replied Dunham Esquire, ‘I’ve been trying to tell you since I got here. I ate your banana. I was hungry. It was horribly bruised…’

‘This does leave me with a horrible dilemma.’, mused Doris Marple. ‘I was planning to hang you in the garden followed by a nice tea party for the remaining guests. But then who would produce my albums? A dilemma indeed. Much as I disagree with showing criminals leniency, I will relent just this once. 10 lashes with the riding crop will have to suffice!’

All the guests adjourned to the garden to watch proceedings and a jolly nice time was had by all.