How Not To Get Signed! 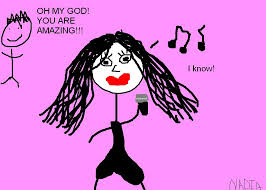 Many people dream of getting signed to a record label, and being part of Sky-Rocket Records I have had some extraordinary applicants! So I thought I would put together a light-hearted how-not-to guide if you’re after that big deal….

I’m sure you will think of lots more ways to put off a record company, and I would love to hear them!