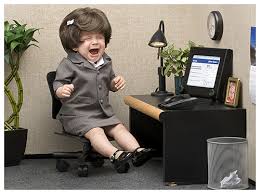 Firstly, I’d like to point out that on the whole I love Facebook. It has helped me promote myself as a musical artist, and by virtue of this I have even made some new friends (genuine ones that is). But anyone like me, who uses FB for promotion, will have a large percentage of ‘friends’ they know nothing or little about. My real world, tried & tested circle of friends, I rather contact by phone and email and I would never post personal events on FB.

Now, there are a whole load of potentially annoying posts I never really see:- Daily selfies; the diary style ‘I’ve just had a boiled egg for breakfast’ posts; incessant baby pictures; never ending personal problems. Luckily these rarely flag up on my feed – FBs algorithms seem to have worked that out nicely. Well done.

But I do receive some posts and messages which will make me race for the ‘unfriend’ button.

I receive friend requests daily, and always have a quick look to see whether they seem like genuine music fans before accepting. But some of these slip through nonetheless. They always send a private message saying: ‘Hi! How are you?’ Errrm. I’m not here to aimlessly chat with people I don’t know… ‘My name is Richard’. Yes – I can read… ‘So. Are you a singer?’ Well look at my bloody page! At this point I tell them that I’m here to promote my music, so if they’re not interested in that, to move elsewhere.

Some are far more creepy of course. ‘You have beautiful eyes.’ Lots of obviously made up personal information. Usually very bad spelling. Unfriend!

Boy I hate these! People who tag me onto an ad for sports gear or nappies or something equally irrelevant. I actually report these… Ba humbug.

Never NEVER start waxing lyrical about another artist to an artist! We are all egomaniacs! Present company not excluded. Not unless you give us a good dollop of compliments first. When people promote other artists on my paid ads… Blocked!

Never understood what that’s about. If you’ve got something to say, say it.

SERIOUSLY?! I have a phone. If you think you know me well enough to video call me, then you should have my phone number.

Ok – this seems an odd one for a musician. But I never ask people to like my page. I figure they’ll do that themselves if they do, indeed, like what I do. I get so many ‘like my page’ requests from bands I’ve never heard of. Tell you what – send me some of your tracks and I’ll decide if I like it first. The only pages where this works is for visual artists who have some of their work on their page, or people I already know something about.

I regularly receive invites for gigs in America or Europe for example. Not very likely I’ll make it, is it? I actually go through great pains to only invite people to my events, who live in a certain radius of the event. FB doesn’t make this easy. It involves trawling through the friends list armed with google maps when I’m not sure. Occasionally I get it wrong – but at least I try!

Yes. I’m an atheist. And very happy. I really don’t need saving or anyone praying for me. Any message with the words ‘pray’ or ‘bless’ are an instant turn off. Most Brits are pretty ok when it comes to this, but Americans can lay it on a bit thick…

Oh I hate these. Pass on this bit of sentimental drivel to at least 10 friends or your head will fall off. No thanks.

There are certain things I refuse to get involved with on social media. One is Religion. The other is politics. My views are my own & I happily discuss them with friends. Online – not on your Nellie. People have a tendency to turn into purple eyed monsters, and let’s face it, they’re not actually interested in anyone else’s point of view unless it agrees with their own.

Occasionally there’s a good reason for these. But most of the time they’re just annoying and I’m subjected to some irrelevant conversation between people I don’t know.

I’ve never played candy crush and don’t intend to start. But thank you for thinking of me. In fact, please don’t bother because I have a life. When it comes to gambling sites…. Don’t get me started.

So. Your picture looks like a ripped male model, your name is Stephen Brookes and you live in Windsor. So why can’t you speak English??? Like anyone is ever going to believe you!

Has anyone not had one of these? Boy have I turned down a lot of inheritances lately. If I had a pound for each one…

Would love to hear what gets you spitting feathers! Why do I get the feeling I’ve missed something important…?