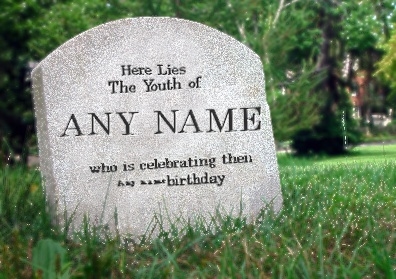 I’ve never done an end of year retrospective before, but I cannot remember a year that has seemed more momentous, in so many ways, as this one.

I have a general rule with my blogs, not to cover religion and politics. It seems to bring out the green goblin in people. So all I will say is – Brexit and Trump. For me a horrendous and mind-boggling combination. I know many of you disagree, and I will happily agree to disagree – so please don’t start ranting at me in either direction. Time will tell. Subject closed.

Another notable series of events, and one I am willing to discuss, has been the staggering number of deaths of celebrities. A truly incredible roll call of A-listers, along with B to Z listers who have got swamped in the deluge. We have lost political characters, Nancy Reagan and Fidel Castro. Actors: the great Gene Wilder and Alan Rickman. Zsa Zsa Gabor and Andrew Sachs. Comedians Victoria Wood, Caroline Aherne & Ronnie Corbett. Sports: Muhammad Ali. A whole slew of Authors including Harper Lee. Terry Wogan.

Of course I have left out a lot of other celebrities, which would make for a very long list indeed, and increasingly dwindle into an obscurity of names almost as obscure as my own. So please forgive me if I’ve left out someone close to your heart.

‘So why is this happening? What’s going on this year?’, I hear so many people ask. Well, I hate to break it to you, but we’re getting older. And if you’re reading this, there’s a good chance you are of a similar generation to my own, give or take 10 years.

Music and television exploded in our generation. The 60s, 70s and 80s saw the rise of musical and TV superstars, the like of which probably won’t be seen again. There will still be movie and television stars, but nowadays, instead of programmes being aired on a few channels to the majority of the population, they now compete across hundreds of channels, reaching a fraction of what they used to. Music too has become almost unlimited in choice and accessibility, meaning many more artists are spread across the same number of listeners. Very few of us will ever sell enough to be considered major stars.

Many of the celebs we have lost this year did in fact die at a ripe old age, and let’s face it, none of us live forever. But many died far too young by today’s standards. Again, this shouldn’t actually surprise us too much – musicians, especially of those eras, were particularly prone to experimenting with drugs and contains a high number of alcoholics. Many actors too, are known for cocaine and alcohol excesses. For most that comes at a price. And then there’s cancer, which is increasingly becoming indiscriminate to age, occupation or lifestyle.

Alas this means we will see more of this. It’s inevitable. Each year we will lose people we ‘grew up’ with and which remind us more and more of our own mortality. And in many ways, I think it is this, which is so upsetting. Each severing of our youthful memories is like a personal attack on our own invincibility.

Well – I must be rather at ease with my own mortality, as I do not shed tears for people I have never met. Even if I did like their music. They say British people avoid talking about death, so perhaps it’s my Austrian-ness that makes me so pragmatic. It’s different of course when it’s your close friends or family, which I have experienced, as no doubt most of you have as well.

Don’t think we’re unique as a generation though. The younger generations will experience their own losses. There will be many celebrity deaths which will mean a great deal to fewer, but will be felt just as keenly. It’s all about what you grew up with.

And if anything, it makes me more determined to enjoy my life and do as much with it as possible, while I still can. More recording, more touring. Bring it on! And in that sense 2016 has been very enjoyable and fulfilling – especially our second tour with Wishbone Ash and the festivals we played in the summer. 2017 will see the completion of the new album ‘Eclectica’ and I can’t wait to start gigging some of the new tracks. Onwards and upwards.

Many may have passed, but…………… we’re still here! Ha! Another year of not having succumbed to a terrible illness or being hit by a bus! Well – there are still 5 days left to the year as I write this… Hopefully I’ll get to the end of 2016, or that would really be the height of irony..

Here’s hoping that everyone who reads this gets through 2017 without any major mishaps! Happy New Year!