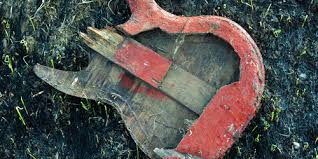 I recently wrote about the annoyingly loud teenagers next door and their irritating music. Which made me think that the music we love in our teens seems to dictate the sounds we cherish throughout our lives.

It has been shown in studies that our ears adapt to new sounds with repetition and that we are thereafter particularly receptive to those sounds. They enhance a feeling of comfort, memories and positive emotions, which explains why every new generation has their own collection of genres & sub-genres which their older counterparts often aren’t attuned to.

Though Gene Simmons recent claim that ‘Rock is Dead’ was loudly disputed, he does have a point. The ‘original’ era of rock music, that of the 60s, 70s & 80s, is not dead, but it is dying. And this is very much supported by the falling radio listener figures for Classic Rock stations. The fact is that most fans of that era of Rock music come from the same era, and consequently we’re slowly dying out. A friend recently questioned this and I asked him how many people he knew who listened to 40s or 50s music which was just as cutting edge and cool for its time. ‘Ok, I see what you mean’, he replied.

The fact is, rock is not dead. It’s just a different type of rock with a different sound which appeals to the younger generation. Their ears are attuned to it whereas ours aren’t as much. This new rock is glossy and generally produced to perfection (just like all other genres), whereas the Hendrix’s, Free’s, Joplins etc were mostly recorded live and within the production restrictions of the day. No sub-sonic bass sounds. No loops and samples to create the hypnotic effect of today’s music. Lots of mistakes which have added to the character for most of us. Our ears rather like these imperfections. We expect them otherwise it doesn’t sound ‘real’.

There are of course some listeners who can make a transition of sorts. Who embrace some of the new sounds whilst still appreciating the old. But I am constantly amazed by how many people seem stuck in a very narrow field of music appreciation. Perhaps their happiest memories are so firmly lodged in those times that nothing else works.

I have to come to terms with the fact that my voice is completely out of fashion. Today’s vogue is a young sounding clean soprano and the few raunchy husky female vocalists, the Bonnie Tylers and Janice Joplins, were popular in the 70s. Even male voices have followed this trend. Bryan Adams and Rod Stewart for example with their husky tones are no longer in favour with the younger generations. No doubt this fashion will reverse again at some stage, but possibly not in time for me.

Well I have to remain grateful (and I most certainly am) that there are still sufficient people of our generation around who can tell the difference between a live performance and a studio enhanced one. A live performance certainly separates the men from the boys.

If, for some reason, you haven’t yet heard my raunchy rock voice, you can listen here: www.dorisbrendelmusic.com/not-utopia-cd