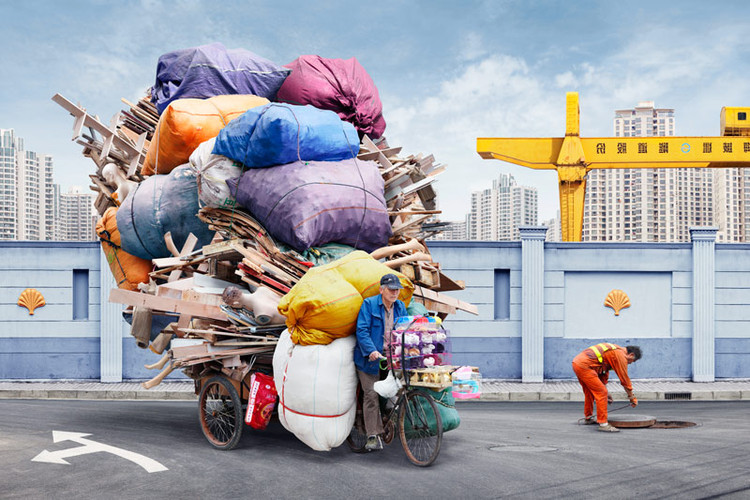 I’ve always found it fascinating what people absolutely HAVE to carry around with them wherever they go. The contents of handbags, man-bags, bum-bags.

For regular readers of my blogs, you’ve probably guessed by now that I‘m not a girly girl, and keep the contents of my handbag to an absolute minimum: Wallet, tobacco, lighter, keys, phone & business cards. Oh – and a pen. Occasionally the smallest fold-up umbrella in existence (usually a bit broken).

In fact I always buy the smallest bags so that I can’t start adding to it as I’m cluttery by nature.

I think it’s a reaction to my mum, whose handbag contents were a bit like those ‘we have everything’ shops. You name it and she had it. Pair of scissors, needle & thread, map book, medicines, albatross… The problem was that ‘she definitely had it’ but could never find it. She would insist on looking for it though, and most of the contents would end up on the pavement in a big tissuey pile and you would then feel obliged to wait for half an hour while she dove through it. She even had one of those old lady wheeley things in case extra stuff had to be taken.

The biggest problem with this ‘take everything’ approach is that it generally becomes impossible to find the things you really need on a regular basis. Crises were a regular occurrence. Concert tickets lost in the tardis of the bag. Once even plane tickets which meant she missed her flight. Her purse regularly wandered off as well, incurring a lot of rolled eyes and impatient puffing in the shop queue.

So – I remain a minimalist. Like most of the guys I work with. In fact few of my male friends have bags. It seems to be a macho pride thing. Instead they either stuff all available pockets so they clink and jiggle with each step and have that deformed bum look about them, or they just leave everything lying about.

That doesn’t make a lot of sense to me. I have great respect for man bags! Obviously they don’t look like handbags. They’re perhaps canvas and cool. I remember one of the bass players I worked with for years was of the ‘leave everything lying about’ inclination, and how he didn’t have his stuff nicked I’ll never know. One Christmas we gave him a bum-bag and it changed his life! Hasn’t been without one since.

I have never yet met a man with a ‘take everything’ attitude. So is that just a female thing? Or is it a general OCD thing? Would love to know…. So tell me – what’s in your bag?