So – You think the World owes you a living?! 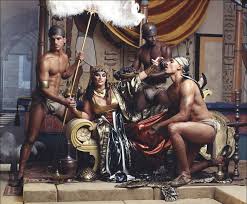 The self-delusion that by some dint of one’s personality or talent, one should automatically be worshipped by the masses, is no new development. Though I think it has got a lot worse in recent times. And nowhere is it as prevalent as in the music industry.

And yes – I am writing as an egotistical musician! Let’s face it, anyone who propels themselves regularly onto a stage, whether actor or musician, has some serious validation issues. And it does take a certain amount of ego, even if it is coupled with an equal dose of self-doubt, which often edges people towards drugs and drink to overcome that unwanted side of their personality.

But without finding some way to keep your feet on the ground, there’s a high possibility you will be heading towards bitter disappointment. Part of me does believe that I’m something of an Ubermensch, yet my logical side manages to balance this with the realisation that, no – I’m just a human being like everyone else, and I firmly base my expectations on the latter.

Unfortunately, there are many who do not. PR and Record companies (those who actually know what they’re doing) see the worst of this. Bands produce a shiny new album of varying degrees of quality, immediately expect everyone to rush out and buy it, and presume they’ll be headlining Glastonbury within a couple of years. And most importantly, they expect someone else to do all the hard work to get them there. All this without paying anyone. You think I’m kidding? Just ask anyone in the business – it happens more often than not.

Even worse, is when record companies fund-raise and invest in an artist, who is then completely ungrateful or ‘bored’ with the experience, rather than realising that they’ve been given something most people will never ever get. I’ve heard stories like this just in the last year.

Nowadays the ‘Celebrity’ culture has exploded out of all proportion to add to this. Becoming a Celeb has become a career path for many, and many have no obvious talents whatsoever. So what happens if it doesn’t happen for you? There’s only so much room for celebs after all. In fact, we are so saturated with them (mostly ones I’ve never heard of admittedly) that the recent spate of celebrity deaths is a pattern set to increase in the coming years.

An artist’s listeners are human beings, just like the artist him or herself, and thus you should ask yourself what makes YOU like other artists. Yes – the music is, of course, important, but if you’re honest with yourself, there’s usually more to it than just that. If you don’t like the persona of the artist you’re less likely to like the music as well. Thus you, as the artist, have to connect with potential listeners in some fashion, and this you have to do yourself.

You can just be a nice person (like myself, haha!) and communicate with people regularly in a considerate fashion. Or you can be the person people love to hate, or perhaps align yourself with certain niche groups and become a spokesperson for them. That’s down to your personality. The point is, you have to do something to evoke a reaction, for people to feel they know something about you to attach a greater meaning to your music.

There is great joy and satisfaction in writing and creating new music. But the biggest achievement is to reach people and to somehow change their lives for the better through your music. And that doesn’t hang on the music alone. Communicating with people, being grateful to your listeners, and to give them a sense of what kind of person you are, are just as important in my view. And it’s part of the job.

Ultimately, to my mind, the only people who are really owed a living, are the selfless workers. The nurses, the carers, the people who fix your electricity at 4am with rarely a complaint. Someday I will need you far more than you will need my music.