Teaching your grandmother how to suck eggs 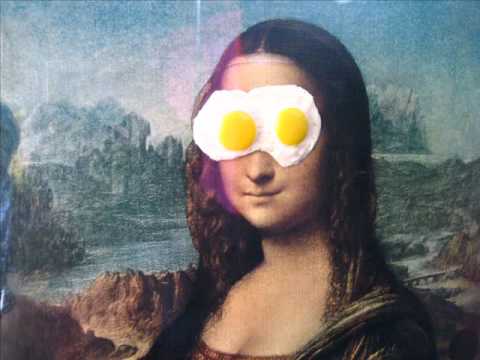 Don’t you just hate it when someone who has never done what you do, tells you how you should be doing your job? Or worse, when someone who is an amateur, thinks they know better than a professional.

Yes – I’ve heard countless stories of this in all walks of life. Especially in offices where experienced people are lumbered with managers who are often useless, yet have to take orders from them. Not sure I could deal with that.

Well, it’s no different for musicians. We have to deal with regular and conflicting criticisms as to how we should write songs, what we should write about, how the production or the arrangements could be improved.

It’s usually something like: ‘Yes, I really like that song. But if it was me, I would have put more guitars in the chorus.’ Well you didn’t bloody write it, produce it, or play on it! Did you? And perhaps we should have strapped a mermaid to the chorus as well, and added some polka dots to verse 3 while we’re at it. Ok – I’m being facetious. But chances are that Lee, who is a guitarist after all, did try out guitars and various other things whilst producing it, and decided that, actually, it didn’t really fit,  sounded better without it, or, most probably, sounded too clichéd and old hat!

Truth is, that the more respected a musician or producer, the more suggestions are taken on board. That’s only natural. But even then, it’s a case of personal preference. And where one person would like more guitar, another would be missing more strings. Or vocals. Or nothing at all. You cannot please everyone all of the time. And to say;’Well, I would have done it differently.’, is a matter of course. That’s the point – no 2 people would ever do it the same way. Not when it comes to art.

Another tricky situation is when people insist on sending me their songs. Now professional musicians are the worst critics. We analyse everything, and expect near perfection. So some strummy, out of tune, clichéd love ballad, sung with a shaky out of tune voice, recorded on a mobile phone, puts me in a bit of a bind. Especially when the person who has sent it seems like a really nice person! Because I hate hurting peoples’ feelings and don’t like to be rude (honest).

But I won’t lie either. Out of principle. Karaoke nights are my equivalent to hell, (and no doubt where I will go when I die), as it is largely frequented by tone deaf people who cannot tell whether they’re singing in tune or not (the worse you are, the less able you are to differentiate between good and bad). And they all ask their friends afterwards: ‘Was that alright?’ And because people are generally kind and are just glad to have secured a babysitter for the night say: ‘Oh yes! You were really good!’ and everyone is happy and smiley.

But to a musician, an out-of-tune vocal or instrument is like fingernails on a chalk board. It actually hurts. So I cannot say ‘It was great’ without being totally disingenuous and without giving people a false sense of achievement, primarily because I’m a musician. Imagine if your friend – say Elton John – praised your song in order to be nice. You would immediately say ‘as recommended by Elton John’ at every opportunity. Now I’m no Elton, but similarly I will only lend my name to something I really like. And alas there’s not that much of that around.

I relate it to the following analogy: If Heston Blumenthal were to pop round my gaff feeling peckish, I’d take him out rather than cooking him a meal, which would elicit a ‘meh’ at best. If I served him up a burnt omelette with spam, Nutella and capers, I would not expect him to be polite. But I would still be delighted to eat in his restaurant…