Touring on a serious budget…. 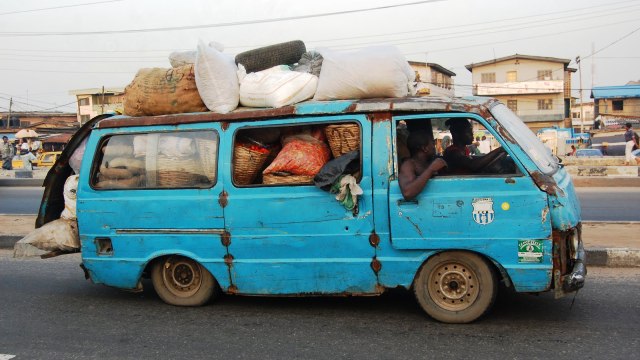 People often have preconceptions regarding bands on tour, consisting of big tour buses, wild parties, expensive hotels and hordes of groupies. Well – this does exist, but only for the few bands at the very top of the field. The truth for most bands is somewhat different.

For us, it’s an exercise in extreme frugality. How much money can we possibly not spend whilst touring! Here’s a little reality check-list.

Travel: No tour bus for us. And no driver either. We travel around the country in a modified transit van, with the guitarist driving. (Me – Drive the van?!! Guitarist insurance £320; Australian 20-something bass player insurance £1300; drummer with 9 points – how much?! Guitarist it is then!)  Incredibly uncomfortable; impossible to sleep in; with bags and stuff all around us and things falling on top of our heads during sharp turns. Things regularly get lost in the van and then turn up again a month later. (Oh yeah! I forgot I had that.) Complete with squashed bits of food under cushions and sleeping bags and a permanently overflowing rubbish bin. Also doubles up as a changing room before shows. Make sure to pack just the right amount of clothes to avoid a launderette, but not smelly enough to get beaten up by your band members.

It is also very important not to stop at McDonalds, because doing so on a regular basis would turn us all into fat bastards and thus increase the fuel charges considerably. So make sure the band is on a permanent diet and eats plenty of salads, as well as shopping around for the cheapest service stations along the way.

Also make a note of where anyone you know, who is at all mechanically minded, lives around the U.K., so that when called upon, can fix your van or help you out, so that the breakdown cover you have paid copious amounts for, don’t send someone who insists on towing you home and you miss the gigs you are supposed to be at! (Thanks Andy – Membury Services not forgotten.)

Accommodation: No swanky hotels for us! In the summer we often manage to get staff rates for caravans (£10 a head – result!) meaning you have to get completely hammered if you plan to sleep through the seagulls, the screaming children outside, every fart and snore within, and of course your bandmates rolling in completely pissed every night, whilst balancing on the child size mattress which usually has various springs sticking out in painful places and is otherwise so soft that it’s virtually impossible not to roll out onto the floor. On the bright side we have a kitchen, and even have a few pans on occasion, in which to prepare some easy meals. Make sure to nick toilet rolls from the venues before you get there.

In the winter we end up in a Travelodge more often than not. The family rooms are particularly good value (2 or 3 to a room), especially when you’ve scoured the internet for some of those 10% off vouchers. For some reason there’s never any internet access unless you pay for it (in which case it’s just veeeeeery slow) and the rooms are generally heated to sauna levels, even when you open the windows the small crack it allows you to stop people from throwing themselves out in frustration.

Food: Caterer? Of course not. Meals out? Nope – far too expensive. In caravans we cook – as long as you don’t make anything that involves more than 1 pan. Normally there’s only one and possibly a frying pan just big enough for a fried egg. The cookers usually feature various broken hobs, so keep it simple. For hotels, we sneak in a microwave (one person distracts the receptionist whilst another carries it in) and we get the cheapest ready meals available (you know the ones. Usually curry.) Also – take a cool box for travel sandwiches etc. And don’t just fill it with beer!

Instruments: Here’s an important lesson. When budget touring, do NOT take your best instruments. They get bashed and chucked about and an awful lot of wear & tear. Take stuff that’s hardy! My vocal mic has lasted me 20 years now, dents and all. My fiddle has been broken and glued back together, and all of our instruments are held together with gaffa tape. And have been for years. The good stuff use in the studio. It’s nice and safe there…

Entertainment: WILD PARTIES! Ermmm. Actually no. Personally I don’t drink on tour as it stops me from being able to sing. The boys on the other hand, like a good blow out. It keeps them sane from having to hang out with me. Regular visits to the supermarkets to find the cheapest boxes of beer, cider, rum, wine, etc have to be fitted into the schedule, for sufficient budget drinking to occur.

Downtime is also a big factor when touring. Long hours spent hanging around after sound-check, in between sets and at hotels can be grating on each other. Going out is expensive, so make sure to invent plenty of stupid games to play. We had a jolly evening guessing the top 10 countries with the biggest obesity and suicide rates. Such fun. (Kuwait and Guyana were the winners!)

Entourage: No hordes of family, friends and fans. No roadies or groupies. They just wouldn’t fit in the van and are heavily discouraged from joining in. They don’t know all the in-jokes and would involve booking additional accommodation – feel free if you’re paying for yourself and if you buy us dinner….