How music can make you look 10 years younger! 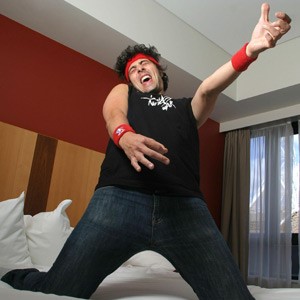 ‘Discovering Doris Brendel has given me a new lease of life.’, says Kevin from Biggleswade. ‘My divorce really took its toll on me, and my record collection just reminded me of all the things I had lost. And then a friend referred me to DB! Now I have a 23 year old girl friend, a sports car and my dream job!’

And it’s all true! (Pick a dimension.) But all joking aside, music can make you feel, and look, younger.

Music we listen to in our youth leaves an indelible mark on our psyche. Revisiting it in later years quite literally brings back the feelings, the smells, the atmosphere of those days. Any music we discover along life’s journey which in some way reminds us of that music, also generally holds that feel-good factor we all crave. Hence the disparity between ‘good’ music and ‘that rubbish’ the young are listening to, which is present in every generation.

The truth is, there’s just as much good and rubbish music in every generation, it’s just that our ears become attuned to certain sounds which become part of our psyche. But apart from just hankering after memories of the past, those people who decide to open themselves up to new sounds often enjoy life a great deal more! It’s a form of optimism. Instead of just hankering after days gone by, it’s an acceptance and expectation that there is still a lot of good stuff to come.

You will probably have heard about the studies which have shown that challenging your brain staves off Alzheimers and keeps your brain younger for longer. Logic puzzles like Sudoku and memory challenges are recommended. But challenging your musical ear has a very similar effect. Instead of just listening to music you already know inside out, it is highly beneficial to flex your ears to new sounds and artists, especially those with slightly more complex arrangements. Listening to Classical music and Progressive Rock are particularly effective as they take a higher level of concentration and several listens to come to grips with.

And there is the physical aspect of listening to music. This can range from dancing to air guitaring. Just singing along is great exercise for the lungs, not to mention the facial muscles! And of course music is likely to make you smile and release those much needed endorphins.

And even sad music can act as a therapy to let out pent up emotions and can act as a purging of the soul. It may make you cry, but you feel so much better afterwards.

And in the words of Alan from Bell End, Worcestershire, ‘I was working in a fast food shop until I discovered Doris Brendel. Now I have a degree in Quantum Mechanics and have run my first marathon. Happy days.’