Life is about achievement, not happiness… 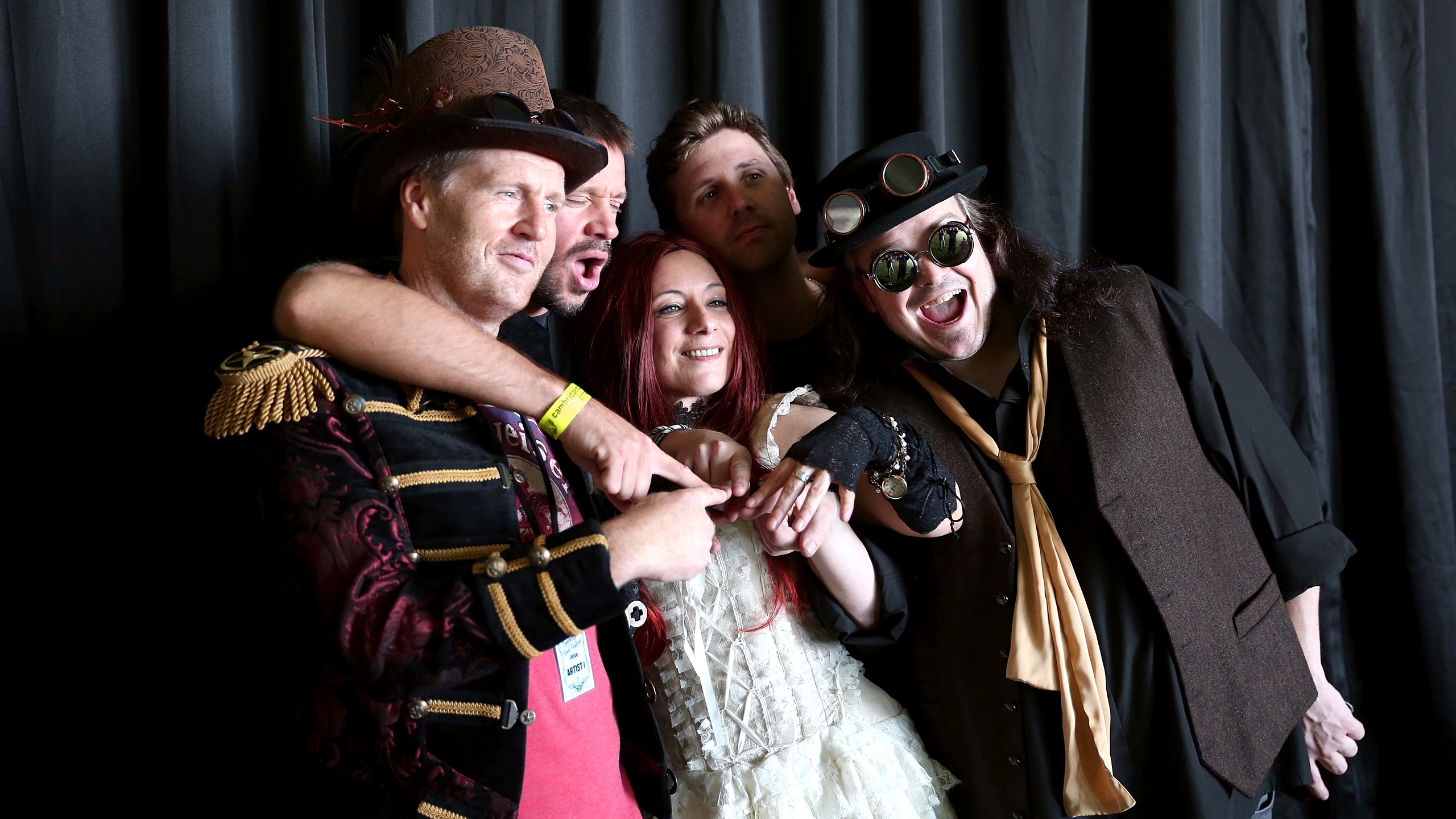 I remember my dad telling me this with utter conviction when I was in my late teens. I argued with him in typical teenage fashion on how ridiculous that was (‘that’s stupid Papaaa’ – Yes. I called him Papa. I’m Austrian and it’s Papa over there.) Well I still think he’s wrong. Unless, of course, achieving things is what makes you genuinely happy. But we’re all different, aren’t we?

Why have I been thinking about this recently? Well, with the release of Eclectica drawing near, I have been wondering what kind of experience would create such a truly mixed up album. And the answer has to be, a truly mixed up person.

Though I believe I’m extremely level headed and normal, I’ve been, to my chagrin, voted repeatedly as the weirdest person in the band – a role now taken over successfully by our new drummer Sam (thank you Sam). And I guess I’m the result of a rather strange upbringing.

Truth is, my parents never wanted children. I was an unhappy, and late, accident, my mother decided to go along with. It would probably be ok, as long as I was a boy. I was to be called Lukas Sebastian (or perhaps the other way around) and I was definitely, positively going to be a boy. And then the unthinkable happened…. And I didn’t even have a name for a while. Both of my parents were blissfully happy ‘achieving’ and I wasn’t going to get in the way. Consequently I accompanied them on tour for the first 5 years of my life, sleeping in hotels and being dragged to baroque and medieval churches and art galleries between classical concerts.

I first started really interfering in their lives when I started school at 5. My father resolved this conundrum by running off with a leggy blonde, and my mother just left me alone for most of the day, sneaking back home in the middle of the night. She’d still be asleep when I got myself up & took myself to school. A life of achievement…

Not surprisingly I was pretty messed up by the time I reached my teens. So far I’d experienced a privileged life, an interesting life, but one without any affection. And I felt that surely, this shouldn’t be what life is about! Strangely, as I got older, I discovered that in many ways I’m a chip off the old block. I love doing things! And achievements do actually make me happy! But it is at the expense of a lot of things that I will never experience and that are the backbone of most peoples’ lives.

So what has any of this got to do with Eclectica? Well – music is an extension of personality. And as such reflects many of our experiences. Hence the little intro into my upbringing. When you have two parents who are exceedingly intelligent, successful and talented, it is virtually impossible to impress them with anything. And without affection, impressing them is the next best thing. Thus I rebelled against my extremely classical and academic upbringing by taking drugs, getting into rock music and generally disappointing them instead.

The long term effect is that I have straddled two worlds my entire life. The world of polite society and dinner parties, versus the world of house parties and alcohol fuelled craziness. The world where people have been handed things on a silver platter, versus the world where people have made something of themselves against all the odds. And I much prefer and respect the latter. Though my drug and alcohol days are behind me, I like my friends to be down to earth and to have lived a ‘real’ life.

But part of me will always be affected by the former. My accent, my education, my confidence around society. And so I have become a rather odd creature of disparate experiences, which very much mirror my music. I hold an equal regard and affection for complex riffs and muso extravagance to simple melodies and songs. I have room for both angst-ridden or heartfelt lyrics as well as tongue-in-cheek stupidity. For me, life is made out of all of those things, and to leave one of them out is denying an important part of my personality and of life itself.

For those who have heard ‘Upside Down World’ this won’t come as much of a surprise. You’ve already had a taste of what to expect, and know to expect the unexpected.

Unsurprisingly perhaps, I’m drawn towards eccentricity, and the majority of my close friends (though not all) have had some childhood trauma, often far worse than my own. The trick is to turn those experiences into something positive, and I’m pleased to say that I am a very happy person these days (so no pity party please). In fact, for the most part, I’ve had an absolutely brilliant life!

One of the things that has truly increased my overall happiness, is to be able to work with some remarkable people and Lee Dunham is at the top of that list. If you still think I’m crazy & mixed up, then I have found a fellow traveller. Not only is his production amazing, but he truly understands about experimentation and is never scared to take some blind turns along the way. Secondly, the musicians who have honoured me by joining me on this trip. It takes enormous amounts of skill, dedication, belief and enthusiasm to hitch one’s wagon to any project, which is largely unrewarded.

What has also made me very happy, is that so many people have supported me on my musical journey. And the road has not always been easy, especially as an independent artist. And if you feel I’ve knocked over the odd bollard along the way, just consider that perhaps the bollard was put up in the wrong place.

Your support is the affection in my life. And I can never thank you enough.

Have a listen and Pre-order Eclectica now!

And if you haven’t come across me before, feel free to grab the free downloads!