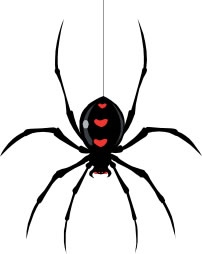 Ok – this is not some weird list of ingredients for a novel Halloween costume.

No. I found myself fondly reminiscing about the touring tradition of the crew playing pranks on the band during the last show of the tour.

These days we are lucky to have a separate soundman, often multi-tasking to fulfil the roles of manning sound & monitors, guitar & drum techs, and roadies as well as having to perform. But I have been fortunate enough to have been on some big production tours and being spoilt with a full compliment of crew members. Thus I experienced some of these end of tour japes first hand, as well as hearing of many tales of pranks played on others.

I know many musicians read my blogs, so chances are you’ll already be familiar with this! But in case you’re new to this, here is what it’s all about:

During the performance of the last gig of a particular leg of a tour, the crew traditionally set up pranks to confound the band members. Now there are rules! They are not allowed to do anything which is likely to hurt anyone, damage any instruments or stop the performance in any way. Everything else is fair game.

We experienced the ‘flour’ gag, where the crew sprinkle the drum skins with a generous helping of flour which is hard to spot under the lights. When the drummer starts he is engulfed by a white cloud… We also had the mic stands fixed to suit a giant. The funniest which happened in the days of the Violet Hour was another drummer gag. During the last 2 or 3 songs from the end, the crew gaffa taped the drummer to his stool, placed a bucket on his head and started playing the drums from behind the curtain, so that he looked like a strange octopus/bucket. And of course he had to hobble off stage at the end of the show with the stool still strapped to his bum. Brilliant.

Another great one was on one of Sam Brown’s tours. The crew waited for a particularly heart-felt song in which Sam was playing the piano and singing, and then lowered a large plastic spider which they had attached to the rigging, to land on top of her head. Apparently she almost jumped out of her skin, but managed to continue. The show must go on!

Well I would love to hear your stories! Or perhaps you just have some ideas on pranks you would like to play. Either way – let’s cause some trouble.